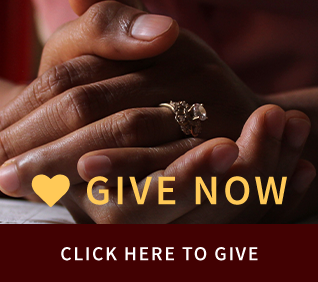 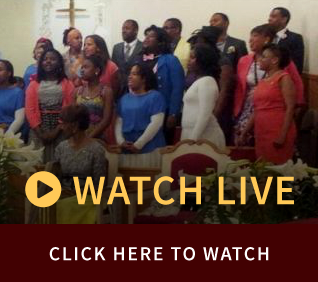 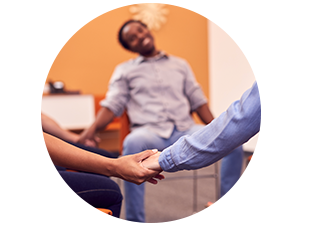 Rev. Dr. Willie Louis McDowell was born on March 1, 1941, to the late Curtis “Wee” and Missie Lou McDowell.  Rev. McDowell was born and raised in Hawkinsville, Georgia along with his two sisters. He migrated to New Jersey in 1963 seeking better opportunities for himself. Rev. McDowell received his education through the Hawkinsville school system graduating in the class of 1959 from J. L. Bozeman High School.

Rev. McDowell was a longtime servant of God, beginning his Christian training as a child at the Salem Salome Baptist Church in Hawkinsville.  He accepted Christ at an early age and was baptized in Mosquito Creek there in Hawkinsville.

On August 10, 1963 he wedded our late “First Lady” Sanella Burnham and to this lovely union came two beautiful children, Arndra Lisa and Rev. Pamela Denise; all of who began this thirty five year Christian journey together as a family.  Pastor McDowell is the proud grandfather of three; Tamarra, Theodore, Jr. and Nala who have been trained in the “way they should go.”

On Saturday, April 11, 2020, the eve of Resurrection Sunday, the Lord veiled our Pastor with 2 wings and he flew away home to be with Him in Glory.

Pastor McDowell began to sing very early in his childhood and thereby constituted his early foundation into the church realm.  At that time his favorite song was “You Can’t Hurry God, You Just Have to Wait.”  After experiencing Christ in the power of the Holy Ghost, he was called to the ministry.  He expresses his dedication to God through sermons, testimonies and songs throughout the state of New Jersey and wherever he is called.  The Lord put upon Rev. McDowell’s heart a song entitled “If the Lord Needs Somebody, Lord Send Me, I’ll Go” which became his personal testimony.

Pastor’s many interest and pastimes included: looking at his favorite TV shows, Perry Mason, the Lone Ranger and Matlock and watching his favorite football team, the Jets “lose.” Pastor couldn’t wait until 2nd and 4thTuesdays and 4th Saturdays to spend time with his “ole biddies”, the Golden Agers and Seniors. His love for the children of the church and day care was never ending.

His greatest joy was always being around and spending time with his family; traveling to the “ranch,” giving everyone a tour on every visit.

Rev. McDowell was a faithful and diligent employee with GlaxoSmithKline Beecham, Clifton New Jersey, retiring in 2002 as an Operations Manager for over 35 years.

He joined the Mt. Zion Baptist, Passaic, New Jersey and served faithfully as a Sunday school superintendent and many other capacities. He also sang in the male chorus where people loved hearing his melodious voice as a young man. It was at Mt. Zion that Rev. McDowell was ordained as a Deacon “a good Deacon” for 22 years.

Rev. McDowell heard the call on his life and answered it by saying “If The Lord Need Somebody, Here Am I, Lord Send Me.”

It was then that he met the late Rev. Johnnie W. Brewster.  He and his family united with the First Baptist Church of Madison in 1982.  It was there that Rev. McDowell preached his trial sermon and received the Certificate of License to Gospel Ministry on December 12, 1982.  He also obtained his Certificate of Ordination on November 13, 1983.  After having served with First Baptist for two years the Lord gave him the vision to organize a church and guided him back to the city of Passaic.

Accompanied by a devout and devoted woman of God at his side he along with a group of other spiritual missionaries and believers in our Lord and Saviour, Jesus Christ met and organized a church; which is the body of Jesus Christ of which he himself is the head.  This group met on February 10, 1984 at the home of Rev. W. Louis McDowell at 117 Linden Street, Passaic, New Jersey at nine o’clock in the evening.  There were 14 people present and being led by the Holy Spirit and prayer the name “Mt. Pilgrim Missionary Baptist Church” was presented by Rev. McDowell and agreed upon by all.  The main interest was to have a spiritual church and establish as its goal; to honor the head of the church who is Jesus Christ and to always aid our spiritual leader, the Pastor; who God has placed here to lead and guide us.  Our interest lies in saving souls and proclaiming to the world that “the wages of sin is death, but the gift of God is eternal life.”  Rev. McDowell conducted the meeting and it was agreed upon that we would march into the Mt. Pilgrim Missionary Baptist Church at 163 Autumn Street, Passaic, New Jersey on March 11, 1984 at 11:00 a.m.  After the sermon was delivered, at our very first service, 138 people joined the church; 63 as candidates for baptism.

On October 16, 1986 Rev. McDowell was recipient of a proclamation from the city of Passaic for outstanding community service and this day became recognized as “Rev. McDowell Day.”

In the year 1997 through the recommendation and support of the City of Passaic the corners of Central Avenue and Autumns Street became recognized as “Mt. Pilgrim Square.”

Since the church’s inception Pastor McDowell has instituted over 35 boards and ministries of which are all flourishing and growing spiritually under his leadership.  Various outreach ministries and programs are held for the benefit of the community, including both adults and youth.  Establishments of Feeding the Homeless, Tutoring and Mentoring, the Drug Referral Programs and the Mt. Pilgrim Tiny Tot Day Care Center, Inc. (established in 2006) are among his many achievements.

In his own time and when he found the time Rev. McDowell was still actively involved in other religious and secular organizations.  His commendations received throughout his pastoral calling are numerous. His greatest attainment was that of receiving his Honorary Doctor of Divinity Degree from the Evangel Christian University of America in Monroe, Louisiana on February 8, 2001.  Educational opportunities had allowed him to further his religious educational training at the New York Divinity School of theology.

On December 19, 2005, a resolution, “Honorary Street Name Change” was adopted by the city of Passaic, naming the corner of Harrison Street and Central Avenue, Sanella McDowell Way.  This change was in memory of his late wife who was so instrumental in supporting him in instituting the ministries and programs of Mt. Pilgrim.

in December, 2008. This spiritually cross-cultural network has allowed Pastor McDowell the opportunity to transform his ministry visions.  Thank God for an enriching and rewarding experience.

On October 16, 2011, Rev. McDowell was presented the “Keys to the City” of Passaic, New Jersey by former Mayor Alex D. Blanco.

In May, 2019 he was named and took on the title and responsibility of Chaplin for the U.S. Armed Forces.

Rev. McDowell was a trail blazer in the city of Passaic, the community at large, and worldwide.   These are just a few words that describe his devotedness as  a son, husband, father, brother, uncle, nephew, cousin, shepherd, pastor, preacher/teacher, prophet, bishop, apostle, visionary, missionary, entrepreneur, community activist, advocate, mentor and friend.

Copyright © 2022. All rights reserved. Site by The Church Online, LLC